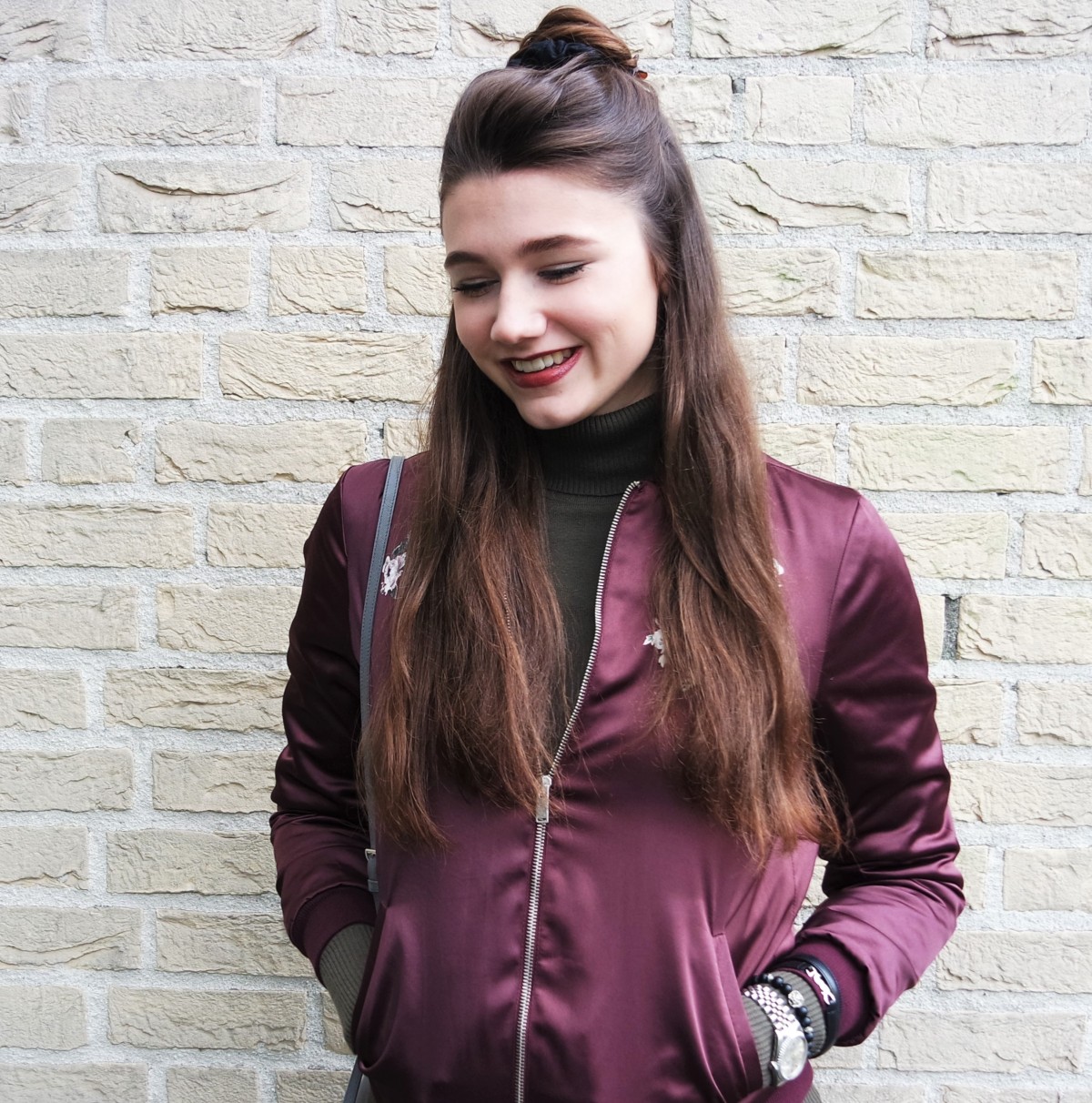 Bombers have been all the rage and they aren’t going anywhere, but we’ve been
calling some of them wrong. These jackets have an entire heritage behind them that we (or at least I) didn’t know about.

The roots of the Souvenir Jacket, or Sukajan in Japanese, go back to American soldiers who were stationed in Japan at the end of the second World War. After the war
the American soldiers, stationed in Japan, began getting traditional Japanese designs hand-stitched onto the backs of their jackets to commemorate their time in Japan.
The designs included Japanese style dragons, tigers, cherry blossoms and trees, even Geisha girls were featured on the soldiers backs. Since then,
they’ve started to take on a life of their own.
What a beautiful history! I already just like the look of this jacket, but after a friend told me about the Sukajan, I started reading a bit about them and know I like mine even more!